APPLICATIONS: LEESON Two Speed One Winding Variable Torque Electric Motors are designed for use in applications in which multiple speeds are required.

Variable torque motors have horsepower ratings that vary as the square of the speed, while torque varies directly with the speed. These motors are typically used on applications such as fans, blowers and centrifugal pumps.

Constant horsepower motors develop the same horsepower at all operating speeds, and the torque varies inversely with the speed. These motors are often used on machine tools, such as drills, lathes, punch presses and milling machines. 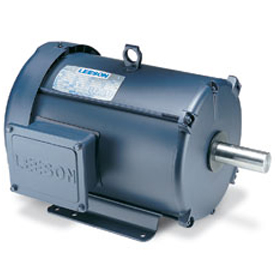 There are currently no customer reviews for this product.

Be the first to write a review!
We value your opinion. Please take a moment and share what you like or don't like about a product.